The Ethics of Cancel Culture

While prefacing their comments with support for current racial and social justice movements, the signatories argue there has been a weakening of the norms of open debate in favour of dogma, coercion and ideological conformity. They perceive “an intolerance of opposing views, a vogue for public shaming and ostracism, and the tendency to dissolve complex policy issues in a blinding moral certainty”.

The letter’s signing by Rowling comes in the wake of widespread backlash against her controversial comments on transgender issues and womanhood.

Actor Daniel Radcliffe (‘Harry Potter’ himself) joined a chorus of disapproval of her comments, arguing they erased “the identity and dignity of transgender people”. Employees at Rowling’s publisher subsequently refused to work on her forthcoming book.

The Harper’s letter invoked similar cases of what it saw as punitive overreactions to unpopular views, suggesting they formed part of a larger trend: Editors are fired for running controversial pieces; books are withdrawn for alleged inauthenticity; journalists are barred from writing on certain topics; professors are investigated for quoting works of literature in class; a researcher is fired for circulating a peer-reviewed academic study; and the heads of organiszations are ousted for what are sometimes just clumsy mistakes.

The reference to editors being fired is perhaps the most well-known recent incident. In June 2020, The New York Times published an opinion piece by Republican Senator Tom Cotton calling for the military to provide an “overwhelming show of force” to restore order in US cities during the protests over the killing of George Floyd.

The piece’s publication attracted immediate criticism for promoting hate and putting black journalists in danger. In response, the editorial page editor, James Bennet, emphasised the newspaper’s longstanding commitment to open debate and argued the public would be better equipped to push back against the senator’s policy if it heard his view.

This defence failed, and as other serious breakdowns in his role in the editing and oversight processes came to light in the ensuing furore, he ultimately resigned.

Push back against pushback

Perhaps unsurprisingly, the Harper’s letter has received spirited critique. Some commentators noted past cases where the signatories had themselves been censorious. Others argued that any perceived threat was overblown.

Indeed, the link the open letter draws between a repressive government and an intolerant society may seem a long bow to draw. There is a world of difference between the legal prohibition of speech and a wave of collective outrage on Twitter.

Nevertheless, it is worth considering whether important ethical values like respect, consent and decision-making legitimacy are threatened in a culture of outrage, deplatforming and cancelling. Freedom of speech is not freedom from consequences

Almost everyone would agree some types of speech are beyond the pale. Racial slurs don’t deserve careful listening and consideration. They require “calling out”, social censure and efforts at minimising harm.

The imposition of boundaries like these is hardly new. Throughout history, social norms have always limited what may be said in public discourse. These boundaries have often themselves been a subject of public discussion—just as they are now.

Rather than objecting to outrage per se, the Harper’s letter asserts there is a broadening in the scope of views that attract punitive responses. This seems plausible. In recent scholarly work on the tensions between censorship and academic freedom on university campuses, both sides of the dispute acknowledge that in the current environment virtually all utterances offend someone.

Yet perhaps there are good reasons for this broadening of scope. In each of the cases raised in the letter, there were seemingly sensible reasons for applying social sanctions.

These included judgments that:

For someone who is genuinely concerned that speech is wrong in these ways, it will seem not just morally permissible to take action against the speaker. It will feel obligatory.

"Almost everyone would agree some types of speech are beyond the pale. Racial slurs don’t deserve careful listening and consideration. They require “calling out”, social censure and efforts at minimising harm."

But several concerns arise when we attach punitive consequences to people’s speech based on its perceived moral wrongfulness (as opposed to simply arguing it is mistaken or false), especially when this speech forms part of a public argument or discussion.

In a recently published article in Argumentation, I consider the ethics of what I call ‘meta-argument allegations’. These allegations consist of protestations that an arguer’s speech is wrongfully offensive or will trigger harmful consequences. The allegations are ‘meta’ in the sense that they do not concern the argument’s soundness. Irrespective of whether an argument is valid, its evidence important, or its conclusion true, the speech may be challenged because it is offensive, harmful, unhelpful or divisive.

These types of responses have several notable properties.

First, claims of moral wrongfulness in a debate assume immediate urgency and distract from the debate itself. Rather than an argument being about a serious moral issue, the argument becomes a serious moral issue. For this reason, it makes sense to address the allegation of wrongdoing first, before returning to the original issue under debate.

Second (except in obvious cases), claims about wrongfulness, offensiveness and harmfulness are all open to debate. As John Stuart Mill once observed:
The usefulness of an opinion is itself a matter of opinion: as disputable, as open to discussion, and requiring discussion as much, as the opinion itself.

In fact, there are problems even in cases where we can categorically declare that an argument will create harm. For one thing, contrasting political perspectives will differently weigh the moral significance of the predicted harms, each according to their own priorities.

Opposing perspectives will have their own views on whether responsibility for the subsequent harm lies with the original speaker or with the decisions of these third parties. These are both issues where reasonable people can disagree.

In a less politicised environment, a contentious claim might be treated as a contribution to a debate to be considered on its merits. But in our current climate, the same claim creates only angry allegations flying in both directions. As a result, the claim isn’t considered or debated. If we think a person’s speech is wrong and immoral, we might suppose there is no great loss about a debate being derailed and the person sanctioned. But there are genuine ethical concerns here.

First, even if we think harmful or offensive speech deserves punishment or silencing, we still need to make sure the punishment fits the crime. For example, in a given case, calling out speech as intolerant, tone deaf or racist, and withdrawing one’s support for a person, might be clearly justified. But stronger consequences like personal abuse, continued hounding, doxxing, enforcing social ostracism, refusing to work with the speaker (if they are a colleague), demanding their removal from their position, or issuing threats may be quite inappropriate—and even wrongfully harmful themselves.

Second, public deliberation is a critical source of legitimacy. The fact that different views are widely heard and inclusively considered provides a reason for accepting collective decisions. This can happen in a local way, where a family, group or team discusses a matter. Even if they don’t resolve their disagreements, a constructive deliberation where everyone’s views are considered may still help the group move forward consensually. But inclusive deliberation is also important for maintaining the legitimacy of larger institutions. Democracy itself assumes citizens can hear different arguments, evidence and perspectives. If significant parts of the political spectrum are no longer tolerated in public discourse, then social institutions lose this important type of legitimacy.

Third, listening to others with different opinions, and engaging with them, can help us understand their views and develop more informed versions of our own positions. On the flip side, being consistently outraged by opposing viewpoints provides a ready reason not to consider them. Indeed, we currently have a surfeit of meta-argument challenges that we can level at a view we dislike—by saying it is offensive, harmful, unhelpful, ‘dog whistling’, said in bad faith, driven by ulterior motives, ‘punching down’, ‘drowning out other voices’ or suffers guilt by association. Use of these easily available options can entirely remove the hard work of trying to understand—and then to interrogate and perhaps refute—our opponents’ arguments. When used in a pervasive and widespread fashion, such challenges feed directly into major concerns with political tribalism, confirmation bias, groupthink and group polarisation effects.

Once we start considering harsh types of punishment for speakers, what we might call ‘rule of law’ considerations become increasingly relevant. These require that norms be clear and proscriptive, and that the process of guilt finding is done impartially and with procedural safeguards. Without attention to such matters, abuse of power can occur, and a chilling and anxiety-ridden climate can ensue.

One of the core ethical attractions of calling out and ‘cancelling’ speakers lies in its ability to create consequences and accountability for wrongdoers. But as we all know, those wielding coercive power and issuing punishments to ensure accountability must themselves be accountable in how they use that power.

Otherwise fears arise of mob rule, arbitrary power and bullying.  None of these concerns categorically rule out attaching punishing consequences to hateful or harmful speech. But they do imply the open letter has a point worth serious attention. Seeing mistaken views as intolerable speech carries genuine ethical costs. 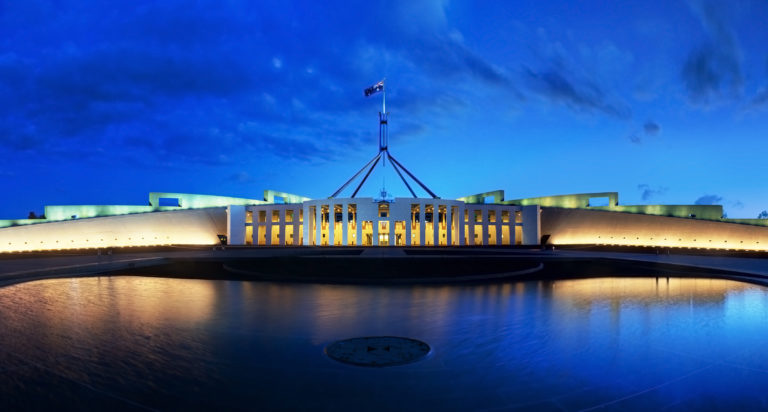